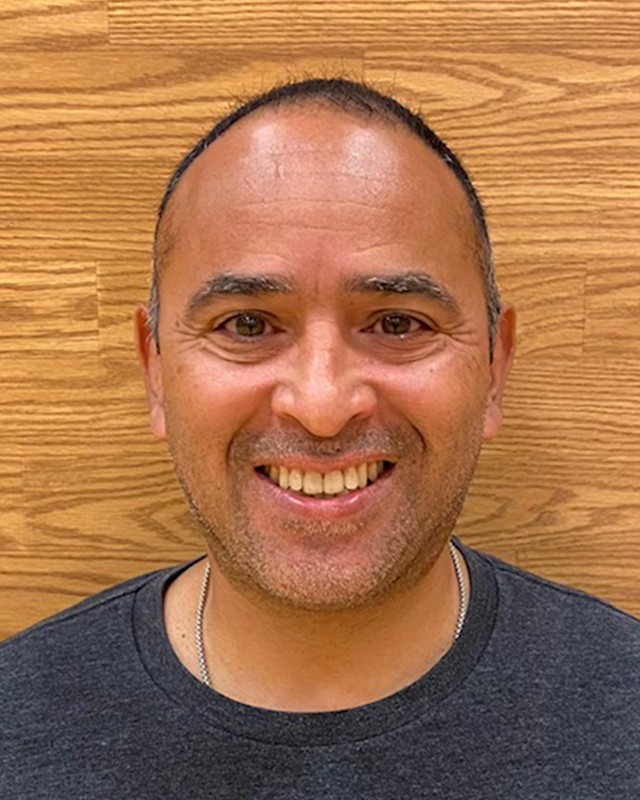 Mario De La Torre is in his second  year with Ocean County Volleyball  Club. Last year he was the assistant  coach to Brandy Binkley for the 15U  National team which had 1st place  showings in Power League 2 and  reached finals Power League 3.

He brings over 10 years of volleyball  coaching experience for girls at the  youth level being introduced to the  sport. His coaching emphasizes fundamentals, technique, and sportsmanship. Mario began his coaching career in 2008 at Holy Family School in Lakewood, NJ where he was assistant coach to the girls’ Varsity and Junior Varsity Volleyball teams. The Holy Family school varsity team ended several seasons in 1st place in the Monmouth Ocean Parochial League.

In 2014, Mario became head coach of the very first Girls’ Junior Varsity Team at St. Joseph’s Grade School in Toms River, NJ. Mario was assisted by his daughter Alexa De La Torre, (Toms River North and OCVBC alumni) where they introduced volleyball to 5th and 6th grade girls that had never played before. They introduced the basic and fundamental skills of volleyball, but most importantly inspired and empowered young girls that continue to play today at the club level and high school level with great success. Since Mario began coaching at St. Joseph’s Grade School, his team had 2 undefeated seasons and 2 Championship wins in the Monmouth Ocean Parochial leagues.

He has also coached at the Jersey Shore Junior Wrestling League for the Howell Wrestling Club, which his son Nicolas DeLaTorre wrestled for, and the St. Joseph’s Grade School Wrestling Team.  Mario is a graduate of St. Peter’s University in Jersey City, NJ with a BS in Accounting. He is employed as a Financial Accountant in Newark, NJ. Mario is also certified under RUTGERS Safety, SafeSport, Impact and Virtus clinics.

Mario currently plays beach volleyball during the summer months at the Long Branch Recreational Beach Volleyball league, teaming up with several OCVBC alumni. His coaching philosophy includes the 3 C’s which stands for building CONFIDENCE, having COURAGE, and teaching these young ladies to CHALLENGE themselves as athletes, students, and members of the community. Mario’s motto is “Play with Passion” which is how his daughter Alexa #3 played the game.